Skye – (A Wikipedia tour of the Isle of Mists)

As mentioned earlier, I went on holiday for a week to the Isle of Skye.

Took lot of pics and looked up a lot of Wikipedia articles….

The Quiraing – is a landslip on the eastern face of Meall na Suiramach, the northernmost summit of the Trotternish on the Isle of Skye, Scotland.

From Wikipedia: “The whole of the Trotternish Ridge escarpment was formed by a great series of landslips; the Quiraing is the only part of the slip still moving, the road at its base, near Flodigarry, requires repairs each year.”

Angus MacAskill (on the left)

From Wikipedia: “Angus Mòr MacAskill[pronunciation?], frequently referred to as Giant MacAskill or Black Angus (1825 – August 8, 1863), was a Scottish-born Canadian giant. The 1981 Guinness Book of World Records posits Angus as the tallest non-pathological giant in recorded history (7 ft 9 in, or 2.36 m), as well as being the man with the largest chest measurements of any non-obese man (80 inches, or 200 cm).”

Then there is the MacAskill who isn’t even on Wikipedia at all. In the Tongadale public house in Portree, we saw hanging on the walls some absolutely stunning maritime photographs of the golden age of sailing. When I enquired who took the photos I was amazed that the photographer in question, Wallace R. Macaskill, had his own dedicated museum in Nova Scotia but did not have his own page on Wikipedia… as yet.

Bluenose sails away 1921 by W.R. MacAskill

Talking of sailing away. I traipsed further North than Dunvegan along the white coral beaches of Skye and considered a trip to the fascinating (& ultra remote) island of St. Kilda… until I discovered the trip would cost me a princely £235.

Looking out towards St. Kilda

From Wikipedia: “St Kilda (Scottish Gaelic: Hiort) is an isolated archipelago 64 kilometres (40 mi) west-northwest of North Uist in the North Atlantic Ocean. It contains the westernmost islands of the Outer Hebrides of Scotland.[6] The largest island is Hirta, whose sea cliffs are the highest in the United Kingdom; three other islands (Dùn, Soay and Boreray) were also used for grazing and seabird hunting. The islands are administratively a part of the Comhairle nan Eilean Siar local authority area.[7]

The origin of the name St Kilda is a matter of conjecture. The islands’ human heritage includes numerous unique architectural features from the historic and prehistoric periods, although the earliest written records of island life date from the Late Middle Ages. The medieval village on Hirta was rebuilt in the 19th century, but illnesses brought by increased external contacts through tourism, and the upheaval of the First World War contributed to the island’s evacuation in 1930.[8] The story of St Kilda has attracted artistic interpretations, including Michael Powell‘s film The Edge of the World and an opera.[9]

The Black Cuillins and whisky

Then there is the geography of the Black Cuillin range itself.

From Skye’s entry on Wikipedia: “The Black Cuillin, which are mainly composed of basalt and gabbro, include twelve Munros and provide some of the most dramatic and challenging mountain terrain in Scotland.[9] The ascent of Sgùrr a’ Ghreadaidh is one of the longest rock climbs in Britain and the Inaccessible Pinnacle is the only peak in Scotland that requires technical climbing skills to reach the summit.[16][26] These hills make demands of the hill walker that exceed any others found in Scotland[27] and a full traverse of the Cuillin ridge may take 15–20 hours.[28] The Red Hills (Gaelic: Am Binnean Dearg) to the south are also known as the Red Cuillin. They are mainly composed of granite that has weathered into more rounded hills with many long scree slopes on their flanks. The highest point of these hills is Glamaig, one of only two Corbetts on Skye.[29]”

The local whisky distilery, Talisker, a favourite of Robert Louis Stevenson, claims it is the nature of the Black Cuillin’s volcanic past that gives Talisker whisky its character.

Talisker and the Cuillin range

Apparently, there are around 20 million barrels of whisky in Scotland at any one time. And this brings us all the way back to Spy Week which commences tomorrow as spy writer John Le Carre’s protagonists were apparently always partial to a drop of Skye whisky.

The Wikimedian who came in from the cold

Strangely, even when it rained in Skye on our last day there, there were little reminders that Spy Week was just around the corner. 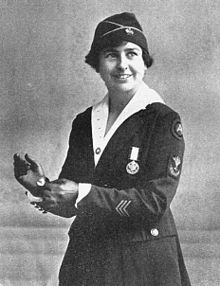 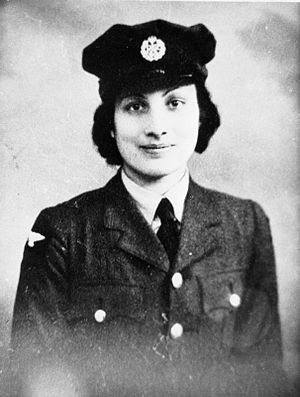