Guest post by Hannah Rothmann, Classics undergraduate at the University of Edinburgh. This is a transcript of what she said at Wikipedia’s 20th birthday event on Friday 15th January 2021. 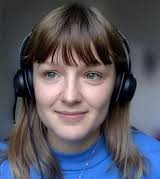 Hi everyone, my name is Hannah. I am currently in my fourth and final year studying Classics at the University of Edinburgh. Last summer, I was the Wikimedia Training Intern at the University. Over the course of my internship, with my university’s Wikimedian in Residence Ewan McAndrew, I helped to created training materials for Wikipedia, Wikidata and a website to host them. I contacted other Wikimedians across the UK and included their work on the website. We wanted to make a platform which collated new resources and all the impressive ones already out there. This in part was to help stop people going down a rabbit-hole of blue links… something I am sure all of you are familiar with.

Before starting my internship, I did not know much about Wikipedia and its sister projects. I had obviously used Wikipedia; to settle arguments, as a springboard for research and as a helping hand in some difficult pub quizzes. However, I had never actually edited it myself. Embarrassingly, I had also not given much thought to where all this information I was using came from, how it was maintained and what prompted people to edit. My attitude to Wikipedia was also affected by those around me. From school through to the start of my degree, I have been warned away from Wikipedia many times. My teachers and lecturers have told me it is untrustworthy, not academic enough and must be avoided at all costs. One lecturer even told us that as Wikipedia could be edited by anyone, this was proof enough to avoid it. Despite these warnings, myself and the majority of the students I know use Wikipedia in some form. Therefore, universities and education systems need to acknowledge that Wikipedia plays an instrumental role for many students in their learning and they need to recognise that it is not this big, bad wolf leading their students astray.

The University of Edinburgh is aware of this demonstrated by the fact it was the first university in the UK to employ a university-wide Wikimedian in Residence, Ewan McAndrew. Wikimedians in Residence tend, or tended, to be situated in galleries, libraries, archives and museums. Many still think about Wikipedia as a way of sharing library collections and are wary of the dangers of consuming Wikipedia rather than what we can gain from a teaching and learning perspective through contributing. The residency at Edinburgh is geared to support sharing knowledge openly and developing information literacy and digital skills. A focus of the residency is also on supporting equality and diversity through improving representation online and increasing the diversity of editors. This, along with a desire to make Wikipedia more transparent to the university community, drove the creation of our website.

We decided to focus our efforts on Wikipedia, Wikidata and the ways that people can continue to contribute to the sites after their initial tentative steps into the world of Wiki. Our first goal was to explain to people, especially students and staff, why they should become involved with Wikipedia and Wikidata. My own journey, from being strongly warned away from Wikipedia to actively contributing to it helped me to contextualise this for people. Explaining what Wikipedia is, something which to many is apparent, was crucial to explain why people should edit it. I think many do not realise that the goal of Wikipedia is to be the sum of all human knowledge and that people need to contribute to it for it to come even slightly near this impossible but noble goal. More importantly, the fact that anyone can edit Wikipedia is a positive and not a negative, as my anti-Wikipedia lecturer suggested. It is incredible that people across the world and from different backgrounds can contribute to a singular platform.

An idea of knowledge activism, as opposed to passive consumption, is inherent in the goal to get more people to contribute. Within universities, many staff and students are in excellent positions to contribute, improve and edit articles on Wikipedia. They can access resources, they have specific subject expertise and, with some persuasion, a desire to improve Wikipedia. This could mean that they could be valuable editors and empowered knowledge activists.  Subsections of our website include how to create an account (crucial for any Wiki editing), how to edit, guidance around what you should be contributing, how to make an article, how to cite Wikipedia and how to teach with Wikipedia.

The part on teaching with Wikipedia was crucial to make as several University courses now include Wikipedia editing. It was through this that my sister was won over to the world of Wiki. She took the Stars, Robots and Talismans honours course run by Glaire Anderson at the University who put editing Wikipedia at the centre of her course. My sister, and others on her course, had their perceptions of Wikipedia challenged. They had to confront their idea of Wikipedia as a place that is not intellectual and not trustworthy when they themselves were contributing their own research. Their change in attitude shows me that with training and an explanation of what Wikipedia is really about, people can learn to appreciate a platform many take for granted. Hopefully, students soon will be able to receive an award, the Edinburgh Award, by undertaking 50 hours of wiki editing from October to April to improve, individually or in groups, whole areas of Wikipedia such as Scotland’s links with slavery, Women in STEM, Translation work and more.

Our website also has a section on how to contribute to Wikipedia once people feel ready to start editing. Edit-a-thons are a way to do this. As many of you know, this is an event where people come together to edit and create articles around a particular topic. Generally, it is also to address the biases on Wikipedia. I had never heard of these events before my internship and this is a shame considering how it is an easy way to try, in your own small way, to create some social justice.

It is this aspect of Wikipedia and those who edit it that exemplifies everything good about the internet. It is astounding that Wikipedia has been with us for 20 years and in the current political climate, we can all do with some accessible, non-partisan and free knowledge.

Reflections on the Edinburgh Award – Presentation by Wikimedia Training Intern, Hannah Rothmann on the Summer 2020 project