Wikipedia is one of the most widely used means by which people get information, but it has lots of gaps and problems. Last semester, the residency collaborated with Professor Diana Paton and Lucy Parfitt at the University of Edinburgh History Society to begin a project to make it better. Participants were invited to improve public knowledge of Scotland’s Black history, and to help make Scotland’s deep connections to Atlantic slavery better understood. The controversial politician Henry Dundas was a focal point following media coverage of the back and forth discussions on his activity in relation to slavery.

An initial information meeting was held on 18 November 2020, with talks by Lisa Williams (Edinburgh Caribbean Association) and Tom Cunningham (UncoverEd) to set a context for where improvements to articles could be made.

Subsequent workshops took place on three Wednesdays in January: researching the topics, learning how to edit, and making the edits.

As of today, almost 15,000 words have now been added to 4 new articles with 56 more being improved. These pages have now been viewed over a million times already. Some of the pages created and edited are provided below. The hope is that this is just a beginning to improve the imbalances and gaps online, reflecting a truer record of Scotland’s role in the Atlantic slave trade and presenting more positive stories of black history online.

Jesse Ewing Glasgow Jr. (1837-1860) was a Philadelphian-born African American intellectual and student at the University of Edinburgh from 1858 to 1860. He authored the radical pamphlet on John Brown‘s Harper’s Ferry Raid in 1859.

Glasgow became ICY’s first graduate in 1856, and afterwards gained a place at the University of Edinburgh. Due to his reputation for intellectual prowess, managers and peers competed to pay for his transatlantic trip and tuition. At Edinburgh, Glasgow excelled in all of his classes and won several academic prizes in Greek, English, and Mathematics, graduating in 1858.

In 1859, Glasgow published a 47-page pamphlet called ‘The Harpers Ferry Insurrection: Being an Account of the Late Outbreak in Virginia, and of the Trial and Execution of Captain John Brown, Its Hero’. This was an account expressing sympathy for white abolitionist John Brown and others who led an unsuccessful raid on Harpers Ferry, a federal armoury in Virginia, in October 1859. It was published in Edinburgh, Glasgow and London.

In the pamphlet Glasgow relates his experiences of racism in Scotland to the experiences of African Americans in the United States, condemning the institution of slavery and hailing John Brown as a hero in the history of anti-slavery movements. The pamphlet also included an appeal to his Scottish readers to take up the cause of anti-slavery in the United States, using the words of Sir Walter Scott in the opening lines of the pamphlet.

On 20 December 1860 Glasgow died of tuberculosis aged 23 in his Newington home (10 Hill Place), before he had completed his studies at Edinburgh. His death was commemorated in Scottish newspapers and by the Banneker Institute. The latter not only issued statements of sorrow but also remembered Glasgow for his academic achievements which demonstrated the reality of African American intellectual equality with white people. Glasgow’s legacy was to improve the position of the African American community in the United States when contemporary racial ideology dictated black inferiority.

Jean-Baptiste Philip (1796 – 1829), sometimes written Phillipe, was a Trinidad-born doctor and the leader of an activist group formed in Trinidad in 1823, which fought against the racist attitudes of colonial authorities through letters and petitions. He was a complex figure as he fought against racist attitudes of colonial authorities in Trinidad while also belonging to a Black slave-owning family. His famous work Free Mulatto pointed out the racist treatment of free Black people in Trinidad, but did not request the abolition of slavery.

Between 1806 and 1810, Philip left Trinidad to study literature in England, becoming the first Trinidadian to formally study literature abroad. After completing this degree, he went on to be one of the first Black students to study medicine at the University of Edinburgh in Scotland between 1812 and 1815. He graduated in 1815, and his thesis explored ‘Hysterical Moods’. After graduation he spent some time travelling in Europe, where he met and fell in love with a woman of European descent. However, following the advice of a friend, he did not marry her and returned to Trinidad alone.

Around 1815, Philip returned to Trinidad to practice medicine as one of the first black doctors to work in the Caribbean. Many doctors at this time were invested both politically and economically in the Trans-Atlantic Slave trade, and therefore many slaves did not receive proper medical treatment. Moreover, many doctors owned enslaved people, one doctor, William Wright, once wrote that the abolition of the slave trade would be ‘fatal to our commerce.’ Despite this, Philip sought to challenge the racial discrimination he faced in the medical profession in the Caribbean and critiqued the many inequalities between the Black and the white population. Between 1816 and 1825, Philip became the leader of the Civil Rights movement in Naprimas, South Trinidad. He travelled to England between 1822 and 1823 to petition the rights of free Black people in the Caribbean. This petition was later printed and became his most famous work ‘Free Mulatto.’

Philip wrote A Free Mulatto: An Address to the Right Hon. Earl Bathurst in 1823. The text was a call on the British governor of Trinidad, Bathurst to grant the “coloured population” of the island the same “civil and political privileges as their white fellow subjects.” The use of the term “coloured” in the text refers to the free Black population but excludes slaves. Philip states that the text aims to highlight the prejudices free Blacks in Trinidad face in order to inspire Bathurst to act.

Philip provides evidence of racist segregationist practises such as the prevention of marriage between Black and white Trinidadians, prejudices against Black doctors and separation in churches. He also compares the unequal severity of punishment experienced by white and free Black criminals in Trinidad to argue that “criminality is lost in the glare of whiteness.” On slavery, Philip celebrates the shift towards amelioration policies, but does not go so far as to ask for immediate abolition. He invokes the Haitian Revolution as evidence that ‘no privileges’ should be given to some which are inconsistent with the happiness and prosperity of the whole. However, he closes by asking for an end to the “sufferings of the coloured population.”  This distinction between free and unfree Blacks, reinforced differences within Trinidad’s Black population. 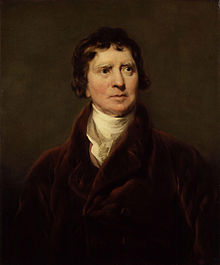 Henry Dundas, 1st Viscount Melville, PC, FRSE (28 April 1742 – 28 May 1811) was a Scottish advocate and “independent Whig” politician. He was the trusted lieutenant of British prime minister William Pitt, and the most powerful politician in Scotland in the latter decades of the 18th century.

A few years after passage of the Slave Trade Act 1807, Wilberforce and Dundas encountered each other. Wilberforce recorded the event as follows:

“‘We did not meet for a long time and all his connexions most violently abused me. About a year before he died ... we saw one another, and at first I thought he was passing on, but he stopped and called out, ‘Ah Wilberforce, how do you do? And gave me a hearty shake by the hand. I would have given a thousand pounds for that shake. I never saw him afterwards.“

Historians of the slave trade and the abolitionist movement, including David Brion Davis, Roger Anstey, Robin Blackburn, argue that Dundas’s actions were a tactic designed to delay rather than facilitate abolition. They maintain that when Dundas inserted the word ‘gradual’ into the debate he in effect postponed the discussion on the slave trade until an unspecified date in the future, and subverted the British abolitionist movement.

Subsequent measures were brought forward in favour of abolition at other times in the course of the 1790s which Dundas also opposed. The loss of momentum was connected to the renewal of war with France in which Britain favoured the expansion of slavery while the French, after 1794, stood for its abolition.

Other historians, including Sir Tom Devine, who focus on Scottish and British history disagree.

Brian Young notes that in 1792, the motion for immediate cessation of the slave trade was heading for certain defeat. By inserting the word “gradual” into the motion, Young says Dundas ensured a successful vote for the ultimate abolition of the trade in slaves.

In June 2020, the Edinburgh City Council voted to install a new brass plaque on the Melville Monument acknowledging Dundas’ role in deferring the abolition of the slave trade.